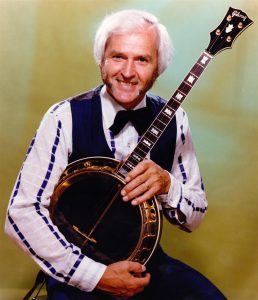 BORGY BORGERSON – Borgy Borgerson is often referred to as a living entertainment legend in his native Canada. Beginning in the early 1940s, Borgerson was a fixture on the Canadian radio, nightclub and concert scene. The 1970s saw Borgy’s peak of success as a headline performer at the EXPO ‘67 world’s fair. From that point forward – leading his own Dixieland jazz bands or delighting audiences with his engaging solo style at Toronto night spots such as Diamond Lil’s, Borgerson remains an “in demand” banjoist and entertainer.

Your ticket for the: Dc-2018 Borgy Borgerson