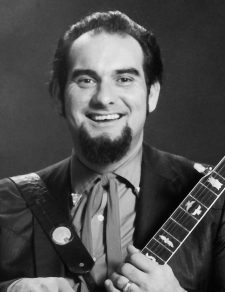 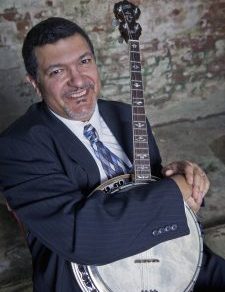 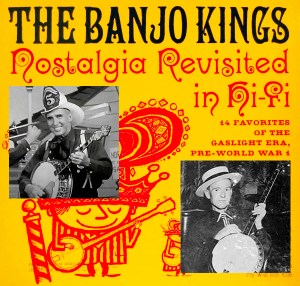 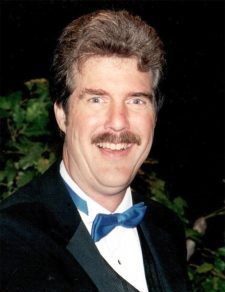 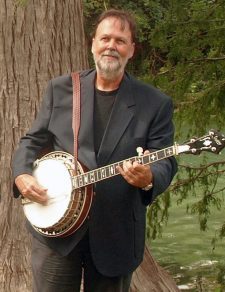 Since 1998 the American Banjo Museum has had the annual opportunity to honor the best of the best in the banjo world with induction into the American Banjo Museum Hall of Fame. Originally established as The National Four-String Banjo Hall of Fame, early honorees were jazz age four-string banjo pioneers as well as the contemporary artists, educators, manufacturers and promoters who carried on the traditions of their predecessors.  In its infancy, the museum itself was an extension of the Hall of Fame.

In the years preceding 2014, more than 70 individuals and entities in the four-string banjo world whose career accomplishments might have otherwise gone unrecognized were honored by the Hall of Fame.  However, as time passed and the museum grew to embrace all types of banjos and playing styles, it became clear that the Hall of Fame must evolve as well.   As such, in 2013, the ABM Board of Directors voted to establish an annual performance category to honor all styles of five-string banjo playing as well as opening the other previously four-string banjo exclusive non-performance categories to all types of banjos.  With this move the American Banjo Museum Hall of Fame was established.

SONNY OSBORNE – Five-String Performance - A second generation Bluegrass banjo pioneer, Osborne followed his mentor, Earl Scuggs’ footsteps, performing and recording with Bill Monroe’s Bluegrass Boys at the age of 14.  Best known for his work with his brother, Bobby, as the Osborne Brothers, Sonny was instrumental in bridging the gap between Bluegrass and Country music as a result of their Grand Ole Opry appearances, beginning in 1964.  From the anthem Rocky Top, Osborne continued to advocate high standards in Bluegrass out of respect for the pioneers of the genre who struggled with little reward to create an art form and industry with worldwide impact.  (Sadly, Sonny Osborne passed away on October 24, 2021.)

DON VAPPIE – Four-String Performance - In the world of tenor banjo, few musical voices are as unique as Don Vappie.  Steeped in tenor banjo tradition, Vappie has honed a very personal approach to the instrument into an instantly recognizable style all his own.  Whether the rhythmic pulse of a classic jazz band such as the Creole Jazz Serenaders or seemingly effortlessly breezing through a suite of Harry Reser compositions in front of a symphony orchestra, Vappie’s one-of-a-kind sound and style present the tenor banjo with musicality and distinction, a fact recognized by his being a 2021 recipient of the Steve Martin Banjo Prize.

THE BANJO KINGS – Historical - Formed by Dick Roberts (tenor banjo) and Red Roundtree (plectrum banjo) in the 1950s, The Banjo Kings are arguably one of the most important and well-known banjo acts to surface during the nostalgia boom associated with post-WWII America.  Created as a studio group to fill the public’s insatiable appetite for Americana, Roberts’ soaring tenor was the perfect counterpart to Roundtree’s driving rhythm.  Their light and bouncy approach to everything from ragtime to Dixieland to folk to standards was captured by California’s Good Time Jazz label and ultimately brought four-string banjo at its best to a world-wide audience.

RANDY MORRIS – Promotion - Born and raised in Los Angeles, multi-instrumentalist Randy Morris has been a professional musician with a sincere affection for the banjo since his teens.  After playing traditional jazz in the San Fernando Valley, Morris joined the Walt Disney Company in the early 1970s where his banjo identity shown through as part of The Banjo Kings, the Hoop De Doo Revue and The Riverboat Rascals aboard the Empress Lilly riverboat in Lake Buena Vista.  Additionally, he led the band at Rosie O'Grady's in Orlando while still finding time to find, archive and preserve the recordings of hundreds of iconic banjo greats from the past.

ALAN MUNDE – Instruction & Education - Born in Norman, Oklahoma, Munde frequently played amateur gigs around the state prior to joining legendary bluegrass musician Jimmy Martin in 1969.  After working with Byron Berline in the Flying Burrito Brothers, in 1972 Munde joined the Country Gazette and remained a central figure in the groundbreaking band for the next twenty years.  Musical collaborations - including a legendary recording with Sam Bush entitled Together Again for the First Time led to Munde being asked to serve on the board of the International Bluegrass Music Association.  In addition to teaching Bluegrass and Country music at the South Plains College, Munde was a regular contributor to FRETS magazine and continues to perform with his current band, Alan Munde Gazette.

Alan Munde, Randy Morris, Don Vappie, The Banjo Kings and Sonny Osborne (posthumous) will be inducted into the American Banjo Museum Hall of Fame during the weekend of September 22-24 as part of the annual BANJO FEST weekend in Oklahoma City.  The Hall of Fame inductions will be a highlight of a full weekend of performances, jamming, workshops, and socializing.  Full details will be announced in early summer.  Until then, please save the date, plan to be with us in Oklahoma City in September and join us in congratulating this year’s American Banjo Museum Hall of Fame honorees! 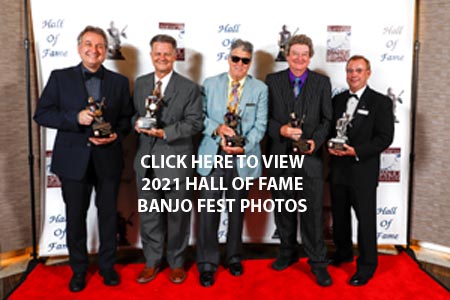 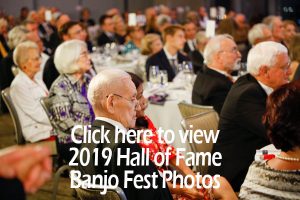 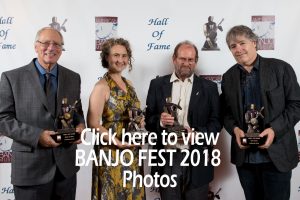 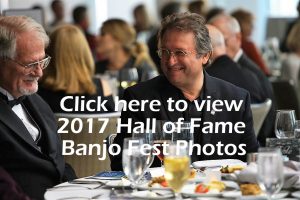 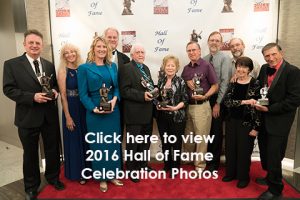