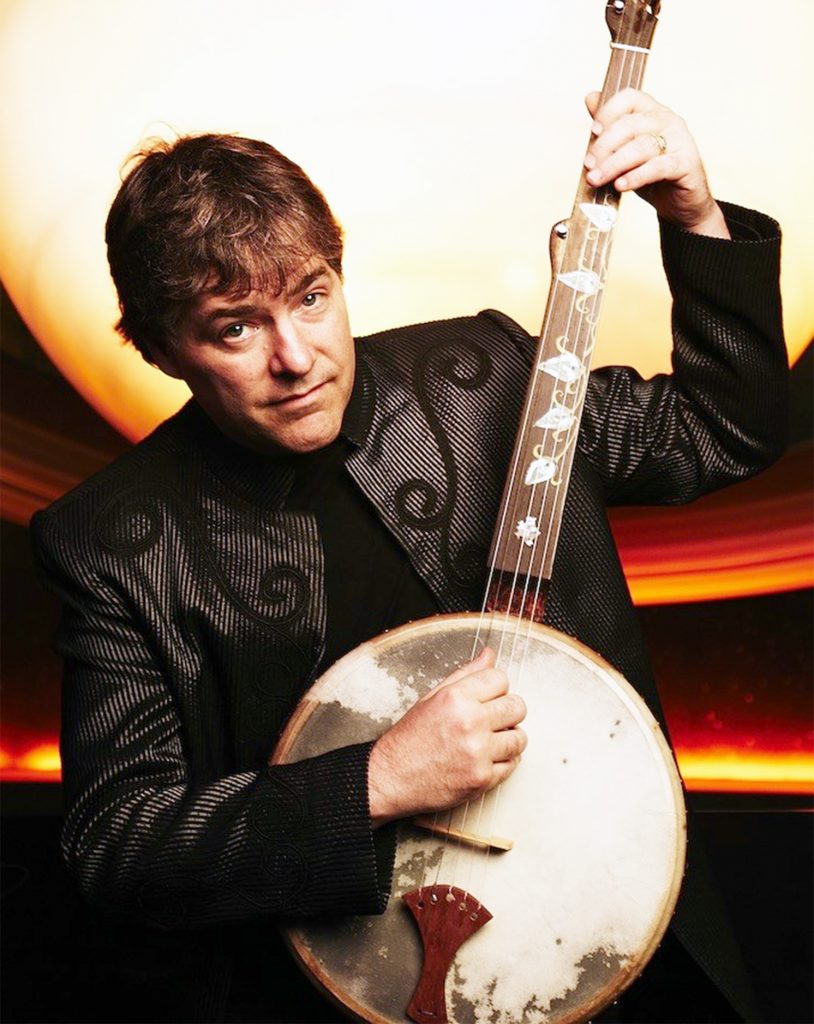 Known as the individual who virtually reinvented the look and sound of the modern banjo, never has the banjo world encountered a more focused, determined or consistent artistic mindset than it has witnessed in Béla Fleck. After dutifully mastering the bluegrass style which was his inspiration, in the 1970s Fleck began experimenting with the fusion of bluegrass with jazz, bebop and rock. After the eight and a half year stint with the Newgrass Revival which introduced his exciting musical mindset and unpredictable banjo style to an unsuspecting - yet enthusiastic - acoustic music world, Béla founded the Flecktones, a jazz oriented group which saw his music earning genuine acceptance in the worlds of jazz, rock and pop, garnering the group national television appearances as well as numerous Grammy awards.

Named after Hungarian composer Béla Bartók, Fleck would seem to have been destined to play classical music. Joining forces with virtuoso bassist, Edgar Meyer, in 2001 Béla made his classical connection releasing the CD, Perpetual Motion which went on to win that year’s Grammy for the best classical crossover recording. Bela’s first stand-alone work for banjo and orchestra, a concerto entitled The Imposter, was commissioned and premiered by the Nashville Symphony Orchestra in 2011. Since then Fleck has added The Juno Concerto to his writing credits - with another concerto planned for 2018.

Intertwined with these activities, in 2005 Béla made a pilgrimage to Africa to film and record Throw Down Your Heart, an encompassing project which resulted in an award-winning documentary film as well as two Grammy winning albums, both of which explored the African roots of the banjo through collaborations with incredible African musicians. Fleck also went on to cultivate ongoing musical partnerships with diverse talents such as Chick Corea, Chris Thile, Brooklyn Rider and, most recently, his wife and gifted banjoist, Abigail Washburn.

Béla Fleck’s virtuosity and adventurous musical spirit in seemingly unrelated musical collaborations and settings has resulted in his being nominated for over 30 Grammy awards in more different categories than any artist in history. While his music may be difficult to categorize, Fleck’s musical offerings, presented with an unmistakable level of quality, touch virtually any listener regardless of musical taste, enlightenment or aptitude. Simply put, Béla Fleck loves to play the banjo and put it into unique musical settings.

Visiting Oklahoma City to be honored with induction into the American Banjo Museum Hall of Fame on September 7th, Béla Fleck will be joined during BANJO FEST 2018 by three fellow Hall of Fame banjoists, John McEuen, Tony Trischka and Tim Allan.

During a career spanning more than fifty years, Acoustic Traveler, John McEuen, has established himself as an iconic patriarch in a movement blending rock ‘n roll with the acoustic musical sensibilities of America’s heartland. As a founding member of the Nitty Gritty Dirt Band, gifted and engaging multi-instrumental solo performer, or prolific music and film industry impresario, John McEuen continues to define and shape the direction of acoustic music around the world.

A consummate banjo artist and educator - and perhaps the most influential banjo player in the roots music world, for more than 45 years Tony Trischka has inspired generations of bluegrass and acoustic musicians with the many voices he has brought to his instrument. Part of an elite group of America’s most accomplished and innovative artists with his selection as a United States Artist Friends Fellow, Trischka is respected as a trailblazer to the current generation of roots music artists while maintaining vigilant respect for the bluegrass roots which were his musical inspiration.

A two-time Hall of Fame inductee for his contributions to both performance as well as education, Tim Allan endeared himself to his fellow Canadian’s through his years on the immensely popular Tommy Hunter Show. As a musician, his impeccable technique and musicality proved him, however, to be much more than a television personality. With a stage repertoire ranging from pop to classics, Allan is a crowd-pleasing entertainer as well as a virtuoso tenor banjoist.

Your ticket for the: Béla Fleck to headline BANJO FEST 2018 concert