Life and Legacy of Jim Henson at the American Banjo Museum 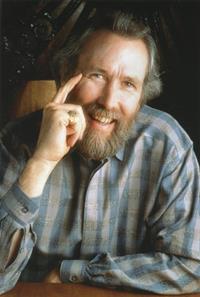 The world’s most famous amphibian, Kermit the Frog, will soon be on display in Oklahoma City as the star of a new exhibit at the American Banjo Museum. Opening in early September, Jim Henson – Life and Legacy fondly remembers the optimistic visionary who created the Muppets and positively influenced generations of the young and young at heart. From his boyhood in Mississippi to innovative early television to omnipresence in generation shaping media, Jim Henson lived his mission of “leaving this world a little bit better place for having been here.”

Born in 1936 near Leland, Mississippi, Henson’s artistic propensity was encouraged by his maternal grandmother. After his family moved to Washington, D.C. and nature’s wonders gave way to film, radio, and the modern marvel called television, with his father’s purchase of a TV set in 1950, Henson knew he had found his calling. Determined to be part of the booming industry, he landed a job as a puppeteer on a Washington morning children’s program.
Seeing puppetry as a way to grow along with the new medium, it all came together in 1955 when Henson found almost immediate television success with
his first puppet show, Sam and Friends.

Naming his creations Muppets (because he liked the sound of the word), Henson’s growing troupe of characters found work in countless innovative television
commercials and soon found themselves as guest stars on national network variety shows. In 1963, with Rowlf the Dog emerging as a regular on The Jimmy Dean Show, the first Muppet star was born. While the 1960s also saw Henson applying his boundless creativity to experimental films and video techniques, when a new cast of Muppet characters took up residence on Sesame Street in 1969, his identity as both a puppeteer as well as an icon of children’s
entertainment were firmly established.

In the mid 1970s, Henson wanted to connect with an adult audience by introducing his Muppets to the literal “who’s who” of the entertainment world, the networks were not interested. With the support of British entertainment impresario, Lord Lew Grade, The Muppet Show was ultimately produced in England and syndicated to a worldwide audience.

Throughout his career, Jim Henson’s lifelong affection for the banjo was obvious. From Kermit’s earliest banjo appearance on Sam and Friends in the 1950s and 1960s to The Muppet Show guest stars such as Roy Clark and Steve Martin to Muppet characters- including The Country Trio featuring a Muppet version of himself – Jim Henson presented the music and visual dynamic of the banjo to an international audience in the most entertaining
and positive manner imaginable.

It is, however, those magical three minutes and twenty seconds which open 1979’s The Muppet Movie which will forever connect Jim Henson and Kermit the Frog, with the banjo.

As Kermit strums his banjo and whimsically ponders the life questions subtly embedded into the lyrics of The Rainbow Connection, he finds the inner voice we all seek, telling us that we can accomplish anything. Far beyond its Academy Award© nomination, the touching sentiment of The Rainbow Connection is proof positive of the timeless appeal of Jim Henson’s optimistic philosophy.

In addition to Kermit the Frog, original artwork, rare photographs, pop culture objects and many very personal insights, Jim Henson – Life and Legacy will feature a very special banjo as well. One of the most famous banjos of all time, the Muppets Banjo, originally owned and played by British musician Martin Kershaw, has arguably accompanied more stars than any other banjo in history. After playing the banjo at Royal variety shows for Queen Elizabeth and the Duke of Edinburgh, the Queen Mother, Prince Charles, Princess Anne and Princess Margaret, Martin Kershaw was engaged to be part of the studio band for The Muppet Show which was produced in England from 1976 to 1981. When Muppet Show guest star Julie Andrews signed the head of Kershaw’s banjo in 1977, a tradition began. During subsequent tapings of The Muppet Show, guest stars including Gene Kelly, Roy
Rogers, Johnny Cash, Elton John, Diana Ross, Peter Sellers and many more signed the famous banjo until it became impossible to find even a tiny space to fit another signature. After nearly being destroyed in a fire, the Muppets Banjo was retired and subsequently acquired by Heather Henson, youngest daughter of Jim Henson. After musically mingling on over 7000 recordings with stage and screen legends such as Frank Sinatra, Bing Crosby, Bob Hope, James Cagney, Peggy Lee, Danny Kaye, Fred Astaire and Sammy Davis, Jr., the Muppets Banjo will rest on its laurels at the American Banjo Museum as a truly unique piece of banjo history.

After a brief illness, Jim Henson was taken from this world suddenly in 1990. His sad passing makes all the more special the magic which happened each time he brought one of his creations to life. As Kermit the Frog spoke, Henson, the man, seemed to disappear. We want to believe in Kermit because he – like Henson – exudes a sincerity and kindness that we’d all like to see in ourselves.

Jim Henson – Life and Legacy was curated by Karen Falk of The Jim Henson Company and appears, in part, by a grant from the Jane Henson Foundation. Running through August of 2019, the exhibit will officially open at noon on Saturday, September 8th when Heather Henson will be on hand to cut the ribbon welcoming Jim Henson – Life and Legacy to the American Banjo Museum located in the Bricktown district of downtown Oklahoma City.

Your ticket for the: Life and Legacy of Jim Henson at the American Banjo Museum

Life and Legacy of Jim Henson at the American Banjo Museum