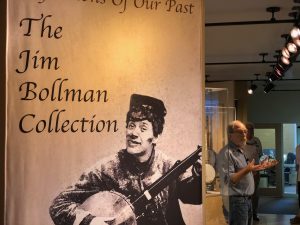 The grand opening of Reflections of the Past - The Jim Bollman Exhibit was held during Banjo Fest weekend. This special exhibit features some unique and one of a kind banjos and banjo memorabilia from Jim Bollman's years of collecting. Bollman, from Boston, MA is an internationally known banjo collector who has amassed what Forbes Magazine called, “the most complete collection of 19th-century banjos and ephemera” in the country. From the rarest of minstrel-era instruments and toys to incredibly rare and valuable tintype photos. Bollman’s collection of banjo journals alone is larger than what’s held by the Library of Congress.

On exhibit is a Fairbanks Whyte-Laydie Deluxe, C.1902, # 20588, one of two known examples. It was Fairbanks’ fanciest model (circa 1901-1902) and was decorated by Icilio Consalvi who is thought to be the best banjo inlay and engraving artist of all time. He was active in the banjo trade from the early 1890s till around 1906. Fairbanks listed the banjo in their catalog at $275, a princely sum in the early years of the 20th century.

Along with banjos the exhibit contains: rare signs from Washburn, Fairbanks & Cole and S.S. Stewart; animated toys as the Foxy Grandpa Wind-up Toy from the early 1900's and a crank operated toy cabin scene with banjo player and dancers from the 1870s/1880s; as well as numerous photos, paintings, and posters.

Collecting, studying, curating, playing and saving the instruments and related materials from this era has been Bollman’s supreme calling in life. The Jim Bollman Exhibit will be on display at the Museum through May 2020. 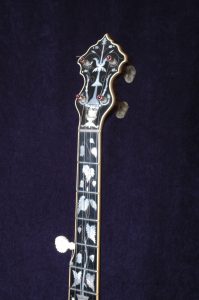 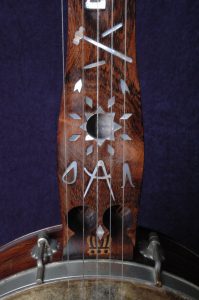 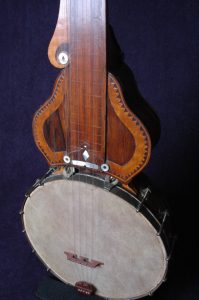 Your ticket for the: The Bollman Collection